This document will describes the wind direction, wind speed and wind scale in the weather data.

Wind direction is generally reported by the direction from which it originates. For example, a north or northerly wind blows from the north to the south. In QWeather, we describe the specific wind direction by degree and direction. 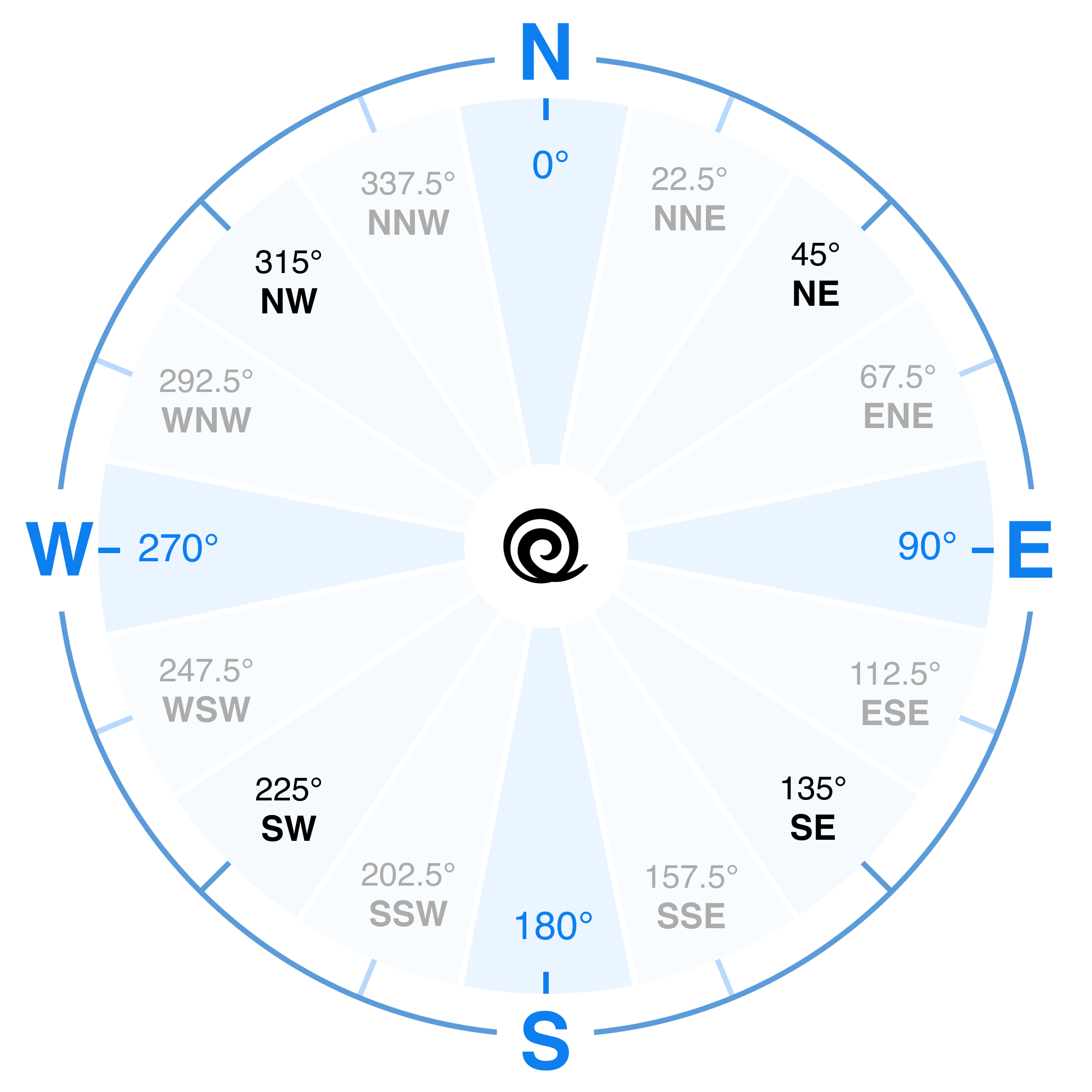 8 wind direction is only available for China city weather data.

Unless otherwise noted, wind speed provided by QWeather are at 10 meters above ground level. Wind speed units are defaulted to kilometers per hour.

Wind scale is based on the Beaufort wind force scale, which divides the wind scale into 13 classes from 0-12. The Beaufort scale was extended in 1946 when forces 13 to 17 were added. However, forces 13 to 17 were intended to apply only to special cases, such as tropical cyclones. The extended scale is currently used only in a few countries and regions, and the China Meteorological Administration uses the extended scale in tropical cyclones.2

Wind speed on the 1946 Beaufort scale is based on the empirical relationship:

Where V is the equivalent wind speed at 10 metres above the sea surface and B is Beaufort scale number. For example, B = 9.5 is related to 24.5 m/s which is equal to the lower limit of “10 Beaufort”.