Generally, we can see the sun and moon every day, but if you look closely, you will find that in some regions and on special dates, the sun or moon does not appear. This documentation will introduce the special case about Sun and Moon.

Note: You need to adapt sunrise/set or moonrise/set to return null to avoid program failure.

For example, in the city of Longyearbyen, between November and March each year, there is a polar night period, so sunrise and sunset will be null.

And at the beginning and end of polar day or night, sunrise or sunset will be null.

Moonrise and moonset are more complex and variable, and we have listed some common scenarios.

Why does the moon rise in the morning?

Why does the moon sometimes rise at 9:00 a.m.? Doesn’t the moon only appear at night? You have made a mistake in your data…

Actually, the moon does not appear only at night.

The rotation period of the Moon is about 29.53 days, so for the Earth, the Moon moves every day at an angle of:

This results the Earth must move 12.2° after completing one rotation for the Moon to be visible. And how long does it take for the Earth to move 12.2°? We know that the Earth’s rotation period is about 24 hours, which means that we move 360° / 24 hours = 15° per hour, so obviously the Earth moves 12.2° needs:

This means that each day’s moonrise is delayed by about 50 minutes compared to the previous day.

Note: The above calculations and data are for example only and are not rigorous. In practice, the Moon rises 30 to 70 minutes later each day/night than the day/night before.

Why is there a Moon all day long? 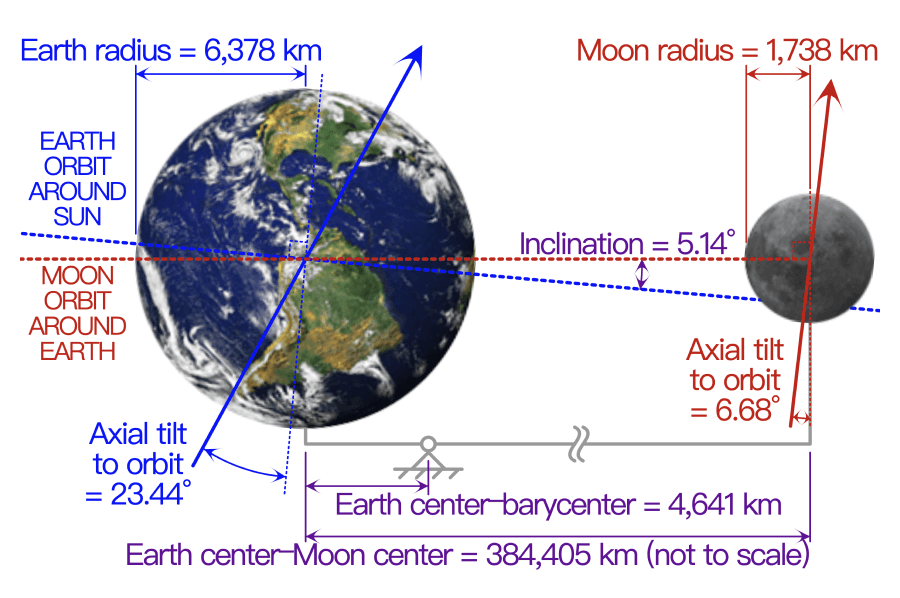 Only moonrise or moonset 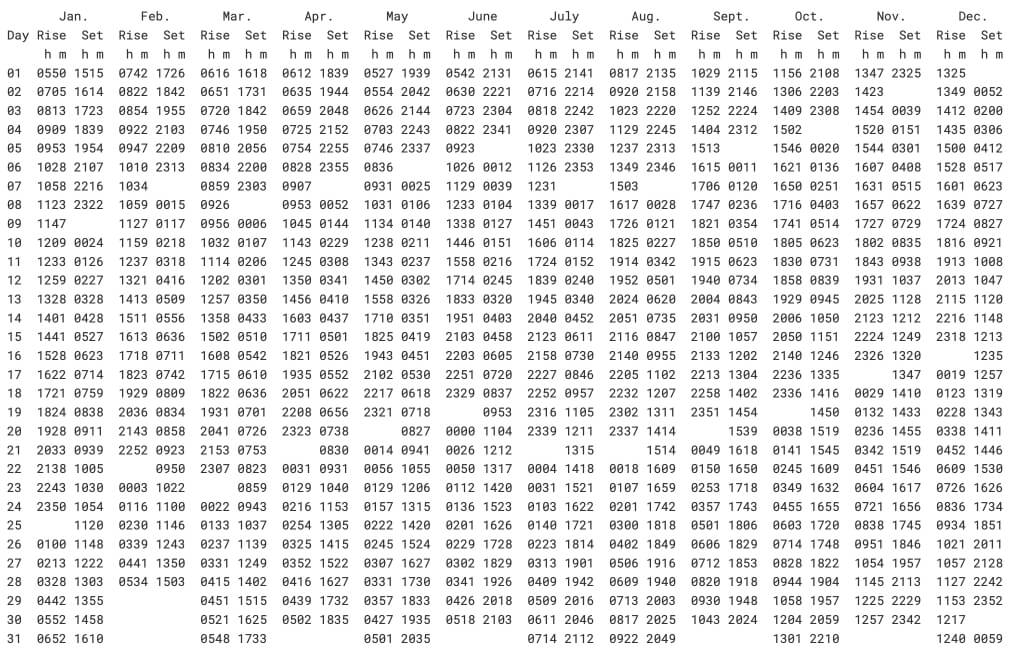 Moonrise and moonset table for Beijing in 2022. Blank spaces in the table indicate that a rising or a setting did not occur during that 24 hr interval.

The table below shows examples for moon phases.